informal, dialect British
“To wait around uselessly, aimlessly, or in a state of frustrated helplessness.”

Kim’s debut collection is compromised of a tapestry and seven collages constructed from fabric scraps, doodles, paintings, and scrawled messages which were collected and compiled over around a decade. Each of the artworks figuratively represents a pivotal moment in a journey towards self-awareness.

In this series, Kim embarks on a deep exploration of the self, the subconscious, and the interplay between the latter and her external environment.  Searching for knowledge and understanding, inside an ultimately undefinable experience, she attempts to eradicate fear and throw herself into the unknown. In doing so, she naturally faces a mirage of strange occurrences; love, excitement, hardship, trauma, and the undertaking of the consequent healing processes.

The initial introspective research becomes the catalyst to reflect on more universal subjects. Kim analyses the creation of meaning through language and codes; personalizing esoteric symbols and implementing them in the artworks as they were intended; as a way to convey and share complex ideas and unique encounters as something universally recognizable.

By insisting on the contradictions that shape our reality Kim uses her practice to bridge microcosm and macrocosm; to shift between her inner thoughts and the outer world.

She is able to translate illusory duality by using a neon palette; mirroring our mental processes that exist in the eternal contrast between conscious and subconscious, the pieces reveal their double image by being exposed under ultraviolet light.

Her style is bold, modern, and deliberately imperfect. Kim’s mixed-media collages are cleverly put together creating an overflowing dynamism on the surface: intrinsic energy originates in the relationship between textures, colors, and patterns throughout her work. This dynamic connection between the different parts of the image catches and fixes the attention of the viewer. By combining this with words within the images, she encourages onlookers to engage and reflect; allowing them to sink completely in the depicted world. Piffy insists on the outline of words and figures as footnotes for her research on reality’s boundaries.

By replicating the psyche’s process in her works Kim guides the audience through an almost synaesthetic experience that stimulates the mind as much as the eye, blending a complex and intriguing concept with an original aesthetic. 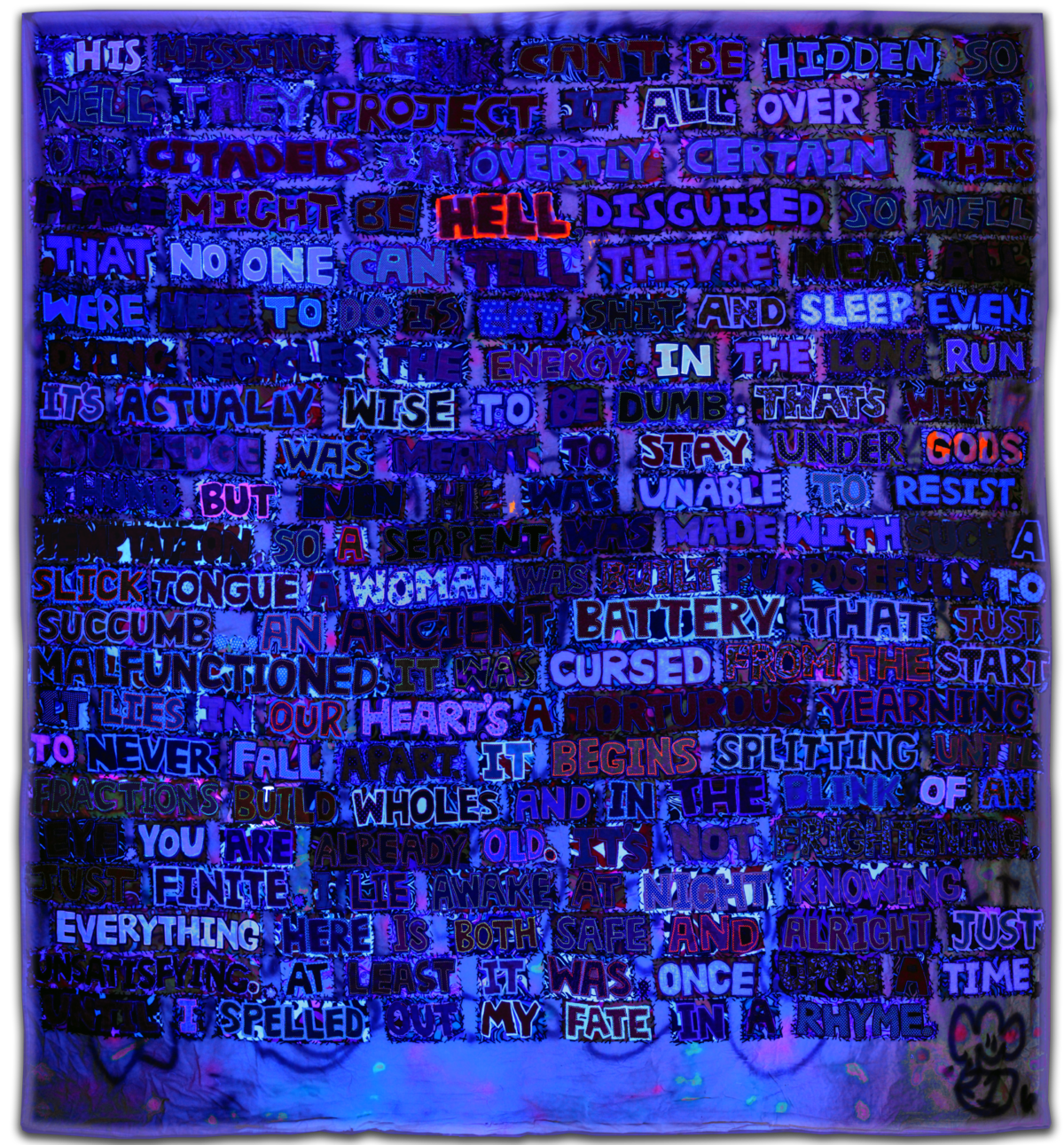 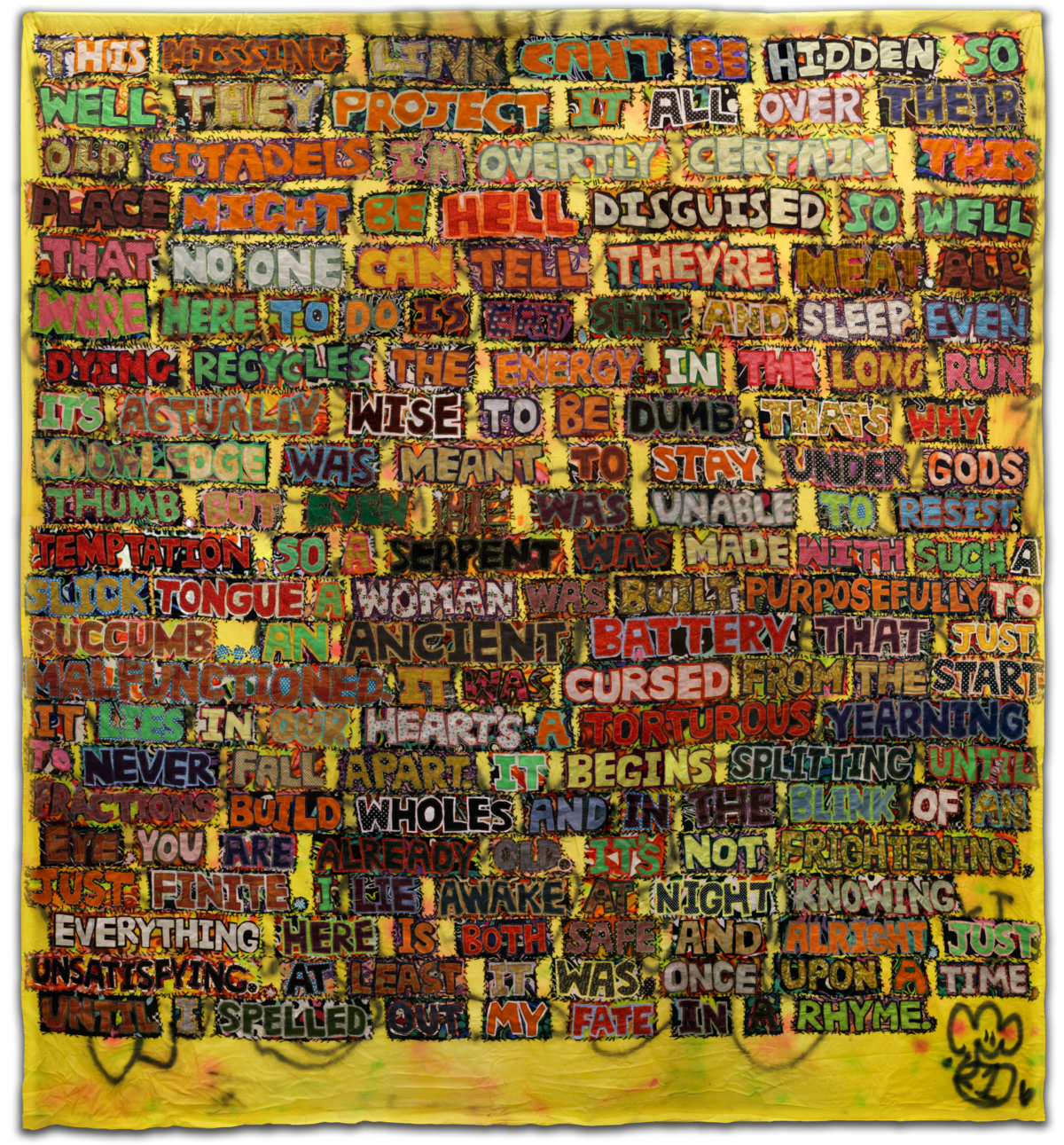 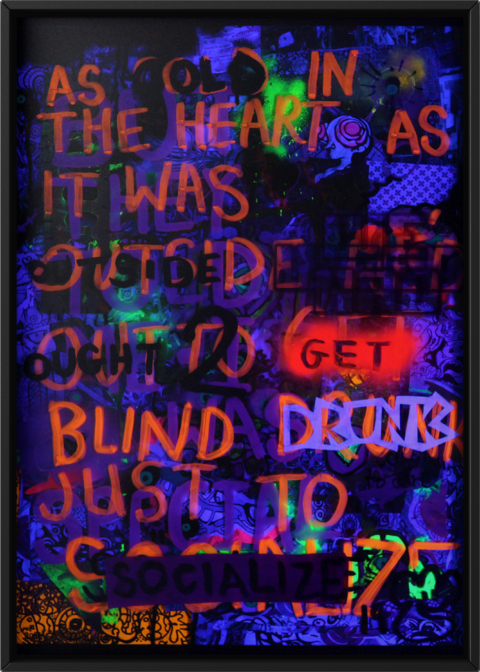 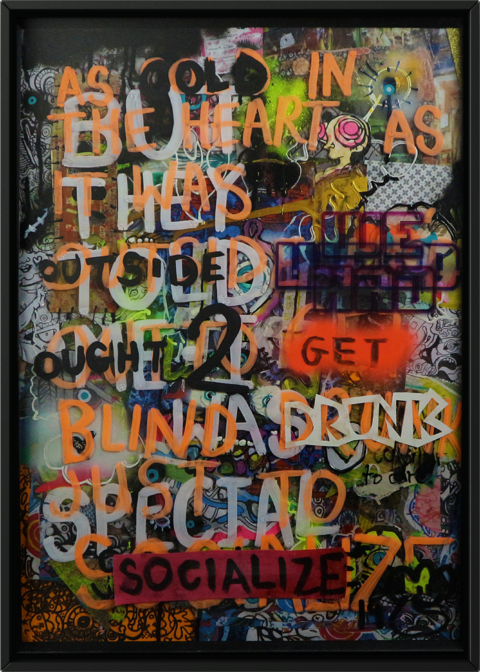 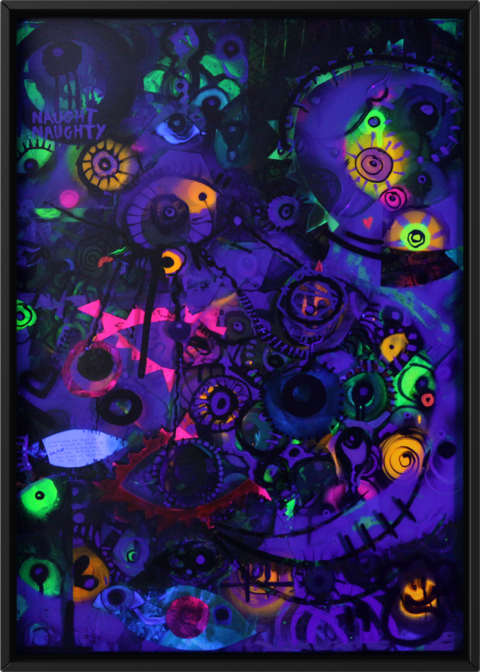 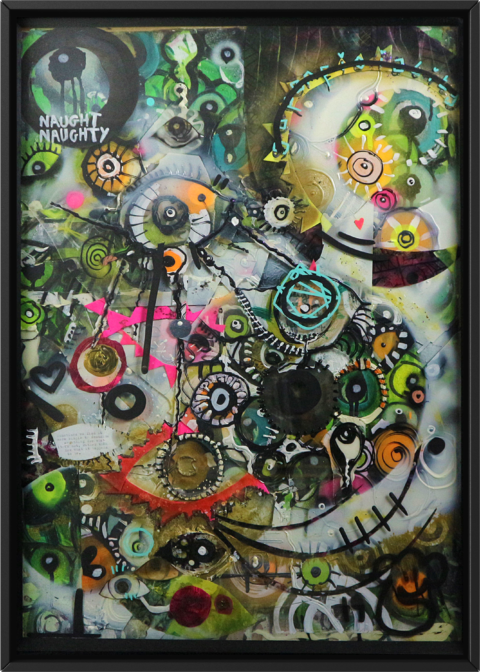 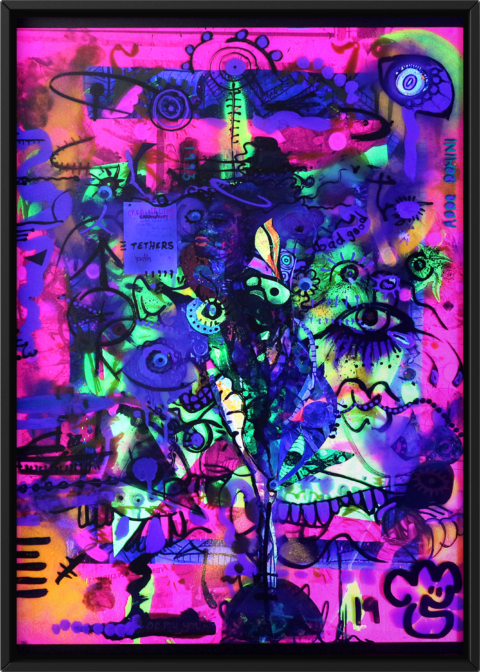 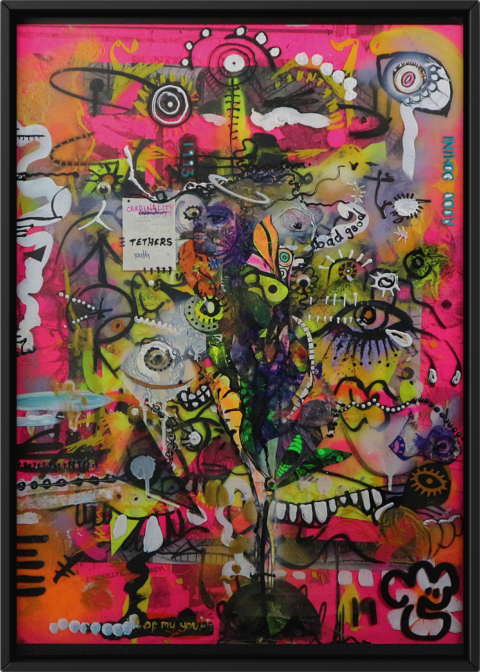 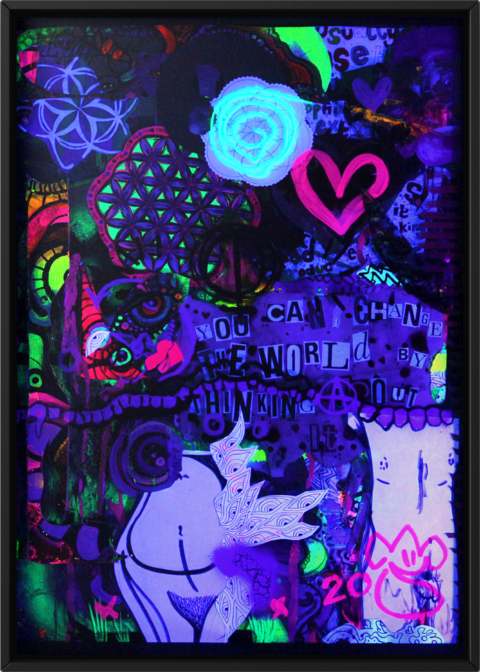 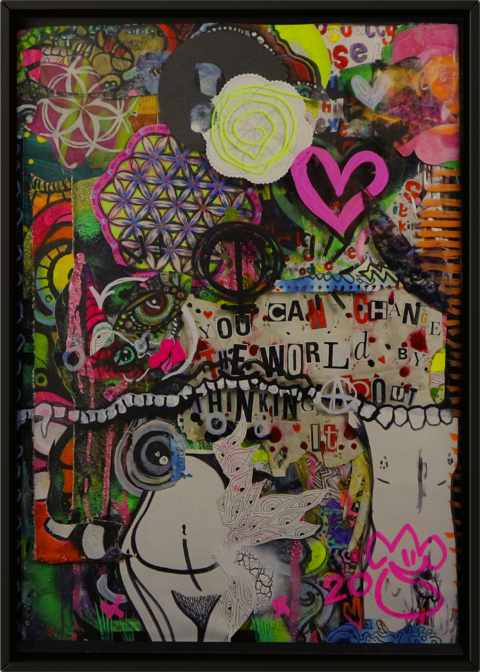 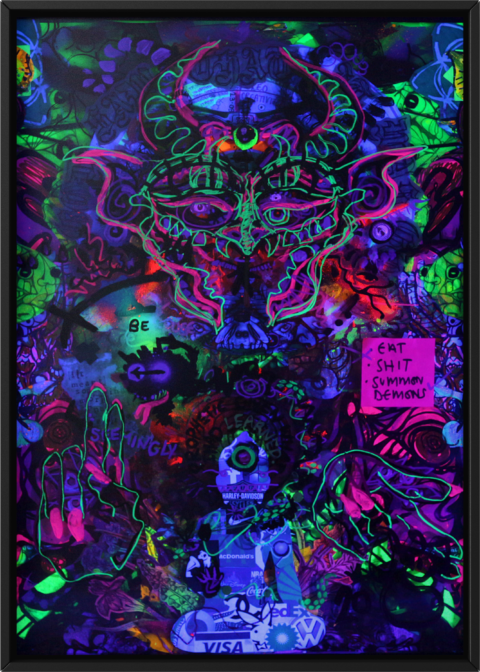 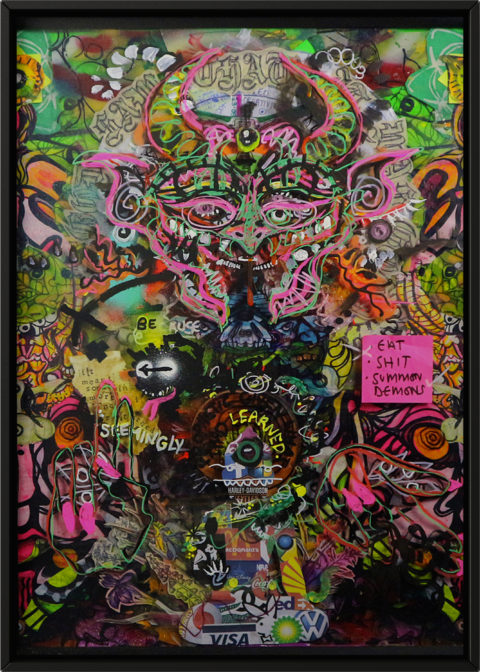 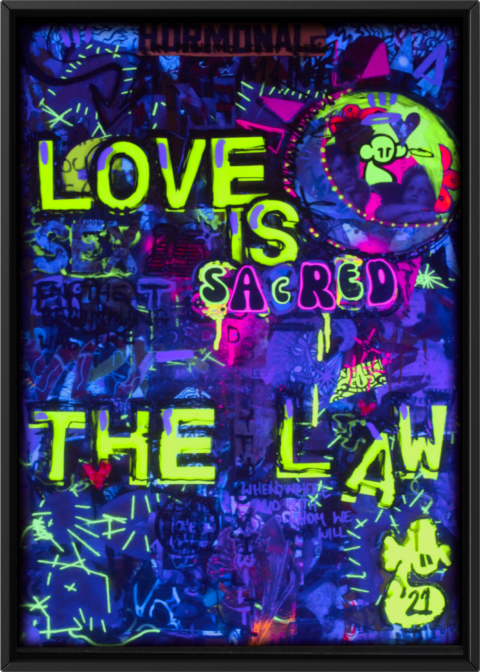 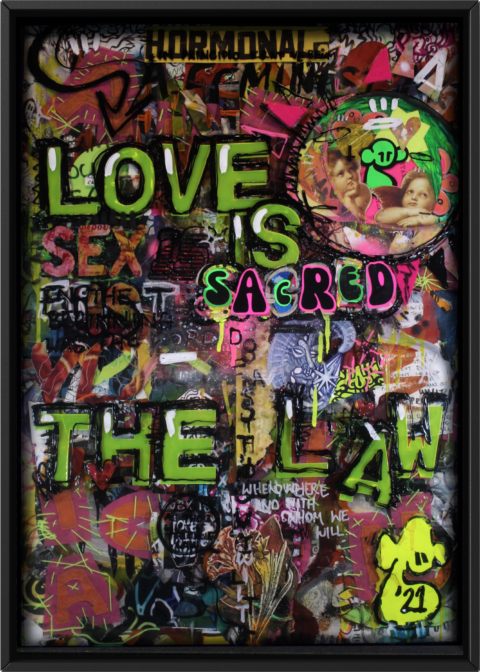 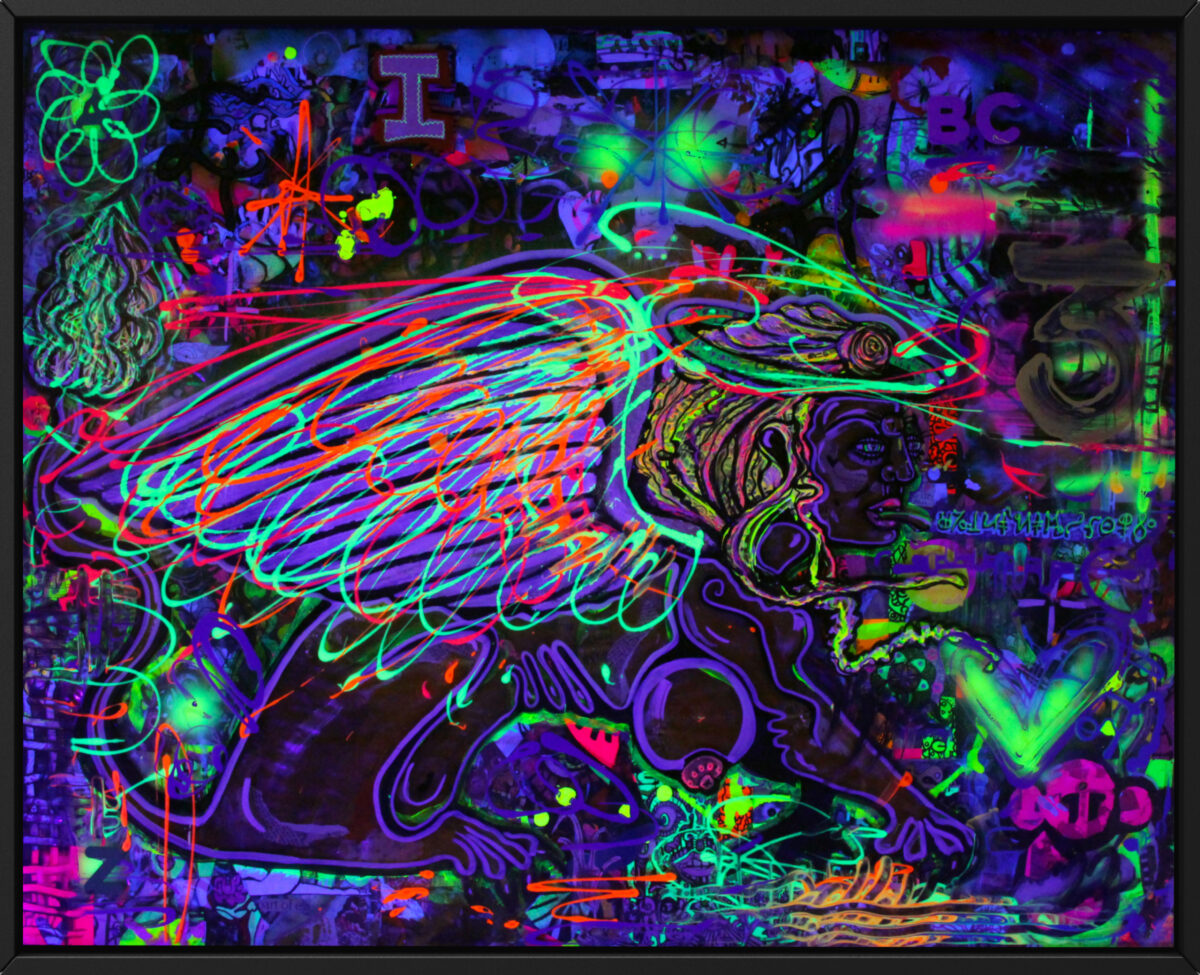 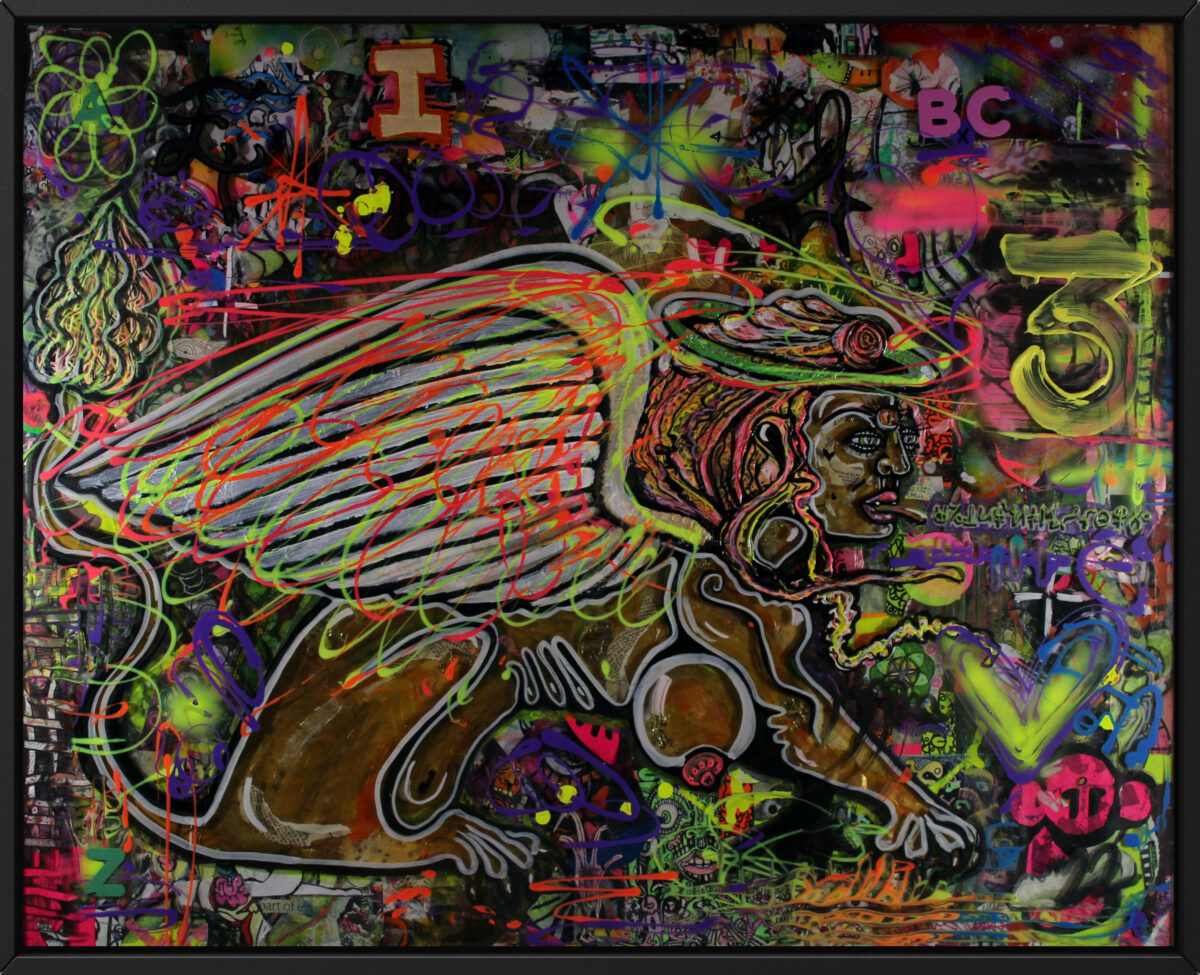